How Mindfulness Can Help 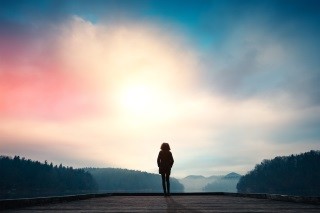 Mindfulness is the act of being attentive to one’s experiences in present moment, gaining deeper awareness of the processes occurring in the mind and in the body. Since the 1970s, the fields of psychiatry and psychology have incorporated mindfulness techniques into therapeutic interventions. Mindfulness may be used in the treatment of a range of conditions including, but not limited to: depression, stress, and anxiety. While individuals may practice mindfulness meditation on their own, mindfulness techniques are also incorporating into evidence-based treatment plans by professionals to improve therapeutic outcomes.

One specific intervention worth mentioning, as it is discussed frequently in the literature, is mindfulness-based cognitive therapy (MBCT). This approach pulls from both cognitive behavioral techniques and mindfulness strategies with the goal of helping individuals understand and regulate thoughts, emotions and behaviors related to feelings of distress. In MBCT, a therapist exposes their client to the association between cognition and feelings. Techniques like mindfulness meditation, and three-minute breathing space may be introduced as homework assignments.

Efficacy of Mindfulness as an Intervention

The research on mindfulness is vast. Mindfulness-based interventions have been applied in a number of settings, with different populations, and varying research questions. In response to a large influx of literature on mindfulness, predominantly in the past two decades, several meta-analyses have evaluated the effectiveness of mindfulness as an intervention for mental health conditions. Effect size estimates from a number of randomized, controlled trials suggest that mindfulness-based therapy is promising for improving treatment outcomes in individuals with anxiety and mood problems5 and that mindfulness can be further related to other domains to include depression relapse and addiction.3

Many are skeptical about how incorporating mindfulness techniques into standard treatment plans can positively impact those with deeply rooted conditions. An overlapping component of both major depressive disorder and generalized anxiety disorder is the act of rumination: giving continuous, focused attention to negative and distressing thoughts. It is no surprise that rumination can significantly worsen depressive or anxious symptoms at any given time. That said, it seems reasonable that making the effort to increase awareness in the present moment would likely take away from the attention given to ruminating thoughts, leading to some type of improvement in mood.

Arguments vary regarding the extent to which mindfulness-based treatment is effective over different time periods, severity of symptoms, and in different populations. There has been some support given to claims that the effectiveness of a mindfulness-based strategy would decrease with increased number of previous depressive episodes. That is, that mindfulness would be less effective in patients with recurrent depression. To investigate this, Geschwind et al. (2012), compared mindfulness-based cognitive therapy to a control condition, finding that MBCT reduced depressive symptoms (measured by the Hamilton Rating Scale for Depression), no matter the amount of previous episodes.4 Other literature supports these findings but shifted interest to the number of days that a depressive episode occurred. Individuals who participated in MBCT consistently had a lower average number of days than those in non-mindfulness-based control group (31 days v 55 days respectively).9

Other researchers have looked at unique groups of individuals to identify the generalizability of mindfulness-based techniques used as an intervention. In patients with a history of suicidal depression, mindfulness training was shown to reduce the relationship between depressive symptoms and suicidal ideation.2 This supports the use of mindfulness strategies in relapse prevention efforts. Further demonstrating the effectiveness of mindfulness-based treatment, one study demonstrated that in individuals with intellectual disabilities who participated in a mindfulness-based cognitive therapy group reported improvements in perceived compassion, depression and anxiety, with anxiety experiencing the strongest improvements. While there are many others, these studies illustrate the flexibility of mindfulness strategies incorporated into treatment.6

The majority of literature suggests a direct relationship between mindfulness-based techniques, and improvements in anxiety and depressive symptoms. However, some researchers disagree, proposing that there are other variables that more thoroughly explain the association between the techniques and treatment outcomes. For example, Bajaj et al. (2016), found that self-esteem moderated the effect of mindfulness on improvements in anxiety and depression in a sample of 417 undergraduate students – that is, the effectiveness of mindfulness-based treatment was influenced by level of self-esteem.1 The idea that there are extraneous variables moderating the relationship between mindfulness and improvement in depressive symptoms and/or anxiety is an interesting one to consider. However, either way, researchers tend to agree that mindfulness is helpful in improving treatment outcomes, especially when combined with other evidence-based strategies.

1. Bajaj, Robins, & Pande. (2016). Mediating role of self-esteem on the relationship between mindfulness, anxiety, and depression. Personality and Individual Differences, 96, 127-131.