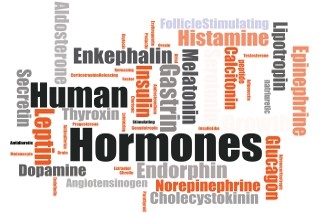 Most of us are at least somewhat familiar with the fight-or-flight response. Tracing back to our evolutionary beginnings, the body has been equipped with automatic physical reactions to protect us from threatening situations. Interestingly though, the body is not able to distinguish an imminent danger from feelings of stress, and reacts to negative emotional arousal in the same way it would to an approaching threat. As a part of this process, the body produces elevated levels of certain neurochemicals that we refer to as stress hormones.

So why is this important to mental health? Research has found that a similar process occurs in depressed individuals. While we may tend to arbitrarily categorize stress and depression separately. With depression comes symptoms like rumination, or negative introspection, which is associated with elevated emotional arousal. The body recognizes this negative arousal and reacts to it as it would a threatening situation. When this reaction occurs, there are a number of stress hormones that are released to include: cortisol, norepinephrine, epinephrine, and c-reactive protein.

Cortisol is arguably the most researched stress hormone related to depression. Evidence suggests that nearly half of patients presenting with major depression demonstrate a hypersecretion of cortisol.5 Goodyer et al. (2000), for example found that higher depressive symptoms were evident in individuals with cortisol levels higher than the 80th percentile of daily mean cortisol.4There seems to be conflicting opinions, however, regarding whether cortisol causes depression or vice versa, whether depression influences the release of cortisol. Dinan (1994), for example, suggests that elevated levels of cortisol are likely due to the experience of stressful life events, hindering brain functioning, which in turn leads to depressive states.2

From this perspective, when the fight or flight response is activated due to psychological stress, and there is no physical release of hormones, cortisol levels may build up, affecting mental wellness. In individuals who are not depressed, cortisol levels in the bloodstream peak in the morning after waking up, and decrease as the day continues. In depressed individuals, however, cortisol does not decrease throughout the day, and instead remains elevated. It has been estimated that heightened cortisol levels in the afternoon and evening occur approximately half of depressed individuals. Some researchers have suggested that these elevated levels affect the successful transmission of the neurotransmitter serotonin, which has been associated with mood, therefore triggering depressive symptoms.

In a previous blog, we discussed C-reactive protein (CRP) briefly as an inflammatory biomarker that is produced in response to high levels of cytokines, proteins that support the healing process and moderate exertion levels. While we know that individuals with high levels of inflammation in the brain have demonstrated higher rates of depression than the general public, we can also consider this as it is related to stress and stress hormones. Distress in the body is understood by the body as a threat, activating the fight or flight response, during which cytokines are released to heal the inflammation, when an overproduction of cytokines in the brain occurs, CRP is released. Again, it remains unclear to researchers whether this release of CRP causes depression or results from depression/distress. Research has found, however, a recent history of major depressive disorder has been strongly associated with heightened levels of CRP in men ages 17 to 39.1 This finding was supported by Elovanio et al. (2009), who found that higher BDI-21 scores were related to higher CRP levels in both men and women, but were more persistent in men when controlling for other potential risk factors3, others have found that these differences may be due to biological differences between males and females modifying this relationship.6

While there is still much that is not understood regarding changes in the brain that trigger depression, or vice versa, how depression may influence changes in the brain, it is generally agreed upon that stress hormones are at play. As mentioned here, it has frequently been found that many depressed individuals have above average levels of stress hormones in their bloodstream. It is possible that the heightened presence of these hormones may also play a role in explaining the relationship of other medical conditions that have been found to be associated with depression.

4. Goodyer, I., Herbert, J., Tamplin, A., & Altham, P. (2000). Recent life events, cortisol, dehydroepiandrosterone and the onset of major depression in high-risk adolescents. The British Journal of Psychiatry : The Journal of Mental Science, 177, 499-504.

5. Maes, M., Calabrese, J. & Meltzer, H. Y. (1994) The relevance of the in-versus outpatient status for studies on HPA-axis in depression: spontaneous hypercortisolism is a feature of major depressed inpatients and not of major depression per se. Progress in Neuropsychopharmacology and Biological Psychiatry, 18, 503 -517.