Psychologists and psychiatrists at Shier Private Practice in Scottsdale, AZ specialize in the treatment of obsessive compulsive disorder. Our private outpatient clinic offers a comprehensive psychiatric/medical assessment and treatment plan. Treatment may include medications, behavioral therapies or a combination of treatments. 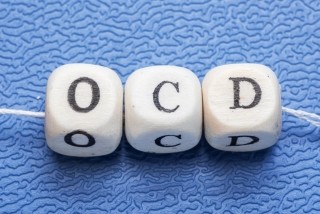 Obsessive-Compulsive Disorder (OCD) is a mental health condition that presents with obsessions and/or compulsions that affect everyday life by distressing/impairing an individual, often by consuming excessive amounts of time. Obsessions are characterized by intrusive and often irrational thoughts or beliefs that are recurrent. Compulsions occur in response to an obsession/preoccupation in order to minimize or relieve anxiety caused by it. Compulsions often include actions that an individual feels driven to complete in accordance to a set of specific rules, such as repetitive behaviors. OCD may significantly impact an individual’s daily functioning.

What are the symptoms of OCD?

The DSM-5 Criteria for Obsessive-Compulsive Disorder are as follows:

A. Presence of obsessions, compulsions, or both
Obsessions are defined by:
1. Recurrent and persistent, intrusive and unwanted thoughts, urges or images that cause the individual anxiety or distress.
2. The individual attempts to ignore/suppress thoughts urges, or images or neutralize them with a thought or action (i.e. performing compulsion)

Compulsions are defined by:
1. Repetitive behaviors or mental acts (e.g. hand washing, checking, praying, counting etc.) completed in response to an obsession and/or according to rules that must be applied rigidly.
2. The behaviors are aimed at preventing or reducing anxiety or distress or preventing a dreaded event or situation. These behaviors are either not realistically connected to the obsession or are excessive.

B. The obsessions or compulsions are either time-consuming (e.g. occupy more than one hour a day) or cause clinically significant distress or impairment to social, occupational, or other important areas of functioning.

C. The obsessive-compulsive symptoms are not attributable to the physiological effects of a substance or another medical condition.

D. The disturbance is not better explained by the symptoms of another mental disorder.

What is the cause of OCD?

The specific cause of OCD may not be attributed to just one factor. OCD affects a range of individuals among different cultures, genders, and age groups and may manifest differently in terms of symptoms and severity across these individuals. Risk factors include temperamental, environmental, genetic, and physiological factors.

What happens with untreated OCD?

If OCD remains untreated, it usually follows a chronic course, with fluctuation in symptoms. The remission rate in adults without treatment is low. The course of OCD is further complicated by the comorbidity with other disorders such as anxiety, depressive and bipolar disorders.

OCD is associated with a significantly reduced quality of life and functionality along with social and occupational impairment across various domains. Impairment may be caused by time spent participating in obsessive-compulsive behaviors, or by the avoidance of triggering situations.

How is OCD diagnosed?

OCD is diagnosed through a thorough psychological or biopsychosocial psychiatric evaluation and medical assessment used to rule out other psychological and medical conditions that may present with similar symptomatology.

The treatment of Obsessive-Compulsive Disorder may consist of psychotherapy, medication, or a combination of both.

FDA-approved medications commonly used in the treatment of OCD include Selective Serotonin Reuptake Inhibitors (SSRIS) such as Sertraline/Zoloft, Fluoxetine/Prozac, Fluvoxamine/Luvox, and Paroxetine/Paxil and Antidepressants such as Venlafaxine/Effexor and Duloxetine (brand name Cymbalta). There are several other off-label medications not mentioned that may also be used in the treatment of OCD.

Psychotherapies such as Cognitive Behavioral Therapy (CBT), Exposure and Response Prevention therapy, and Systematic Desensitization have shown to be effective in the treatment of OCD.