Psychologists and psychiatrists at Shier Private Practice in Scottsdale, AZ specialize in testing for autism spectrum disorder and the treatment of co-occurring depression, anxiety, and ADHD. Our private outpatient clinic offers a comprehensive psychological, psychiatric/medical assessment and treatment plan. Treatment may include medications, behavioral therapies or a combination of treatments.

What Is Autism Spectrum Disorder? 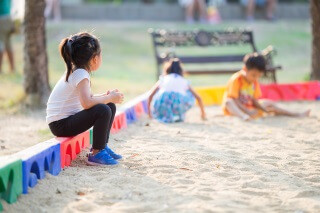 Autism spectrum disorder (ASD) encompasses a group of developmental disorders that include a range of skills, symptoms, and levels of disability. Individuals with ASD often experience repetitive/restrictive behaviors, limited interests, and difficulty with interpersonal communication. The symptoms of autism spectrum disorder can cause deficits in social, educational and occupational functionality which may be mild to severe. Other difficulties that may be associated with ASD are sensitivity to light, temperature, noise or clothing, irritability, sleep problems, or digestions problems. While individuals with autism spectrum disorder do experience several challenges, it is common that they have unique strengths and abilities such as having an above-average intelligence, learning details and remembering information for extended amounts of time, excelling in science, math, art or music and being strong visual/auditory learners.

The worldwide prevalence for autism spectrum disorder is approximately 1%. Symptoms of ASD are usually recognizable during second year of life, around 12-24 months of age.

What Are the Symptoms of Autism Spectrum Disorder?

The DSM-5 criteria for autism spectrum disorder are as follows:

Persistent deficits in social communication and social interaction across multiple contexts, as manifested by the following, currently or by history:

Restricted, repetitive patterns of behavior, interests, or activities, as manifested by at least two of the following, currently or by history:

Symptoms must be present in the early developmental period (but may not become fully manifested until social demands exceed limited capacities, or may be masked by learned strategies later in life)

Symptoms cause clinically significant impairment in social, occupational or other important areas of current functioning

These disturbances are not better explained by intellectual disability or global developmental delay.

What Is the Cause of Autism Spectrum Disorder?

There is not currently one known cause for autism spectrum disorder, however, it is generally believed that it is caused by abnormalities in brain structure/function. Brain scans illustrate that there are differences in brain shape and structure in children with autism compared to non-autistic children. There is speculation that heredity, genetic predisposition and/or medical problems could be causes for these differences. Research has shown that there appears to be patterns of autism or other developmental disabilities in family units, suggesting a genetic influence. There has not been a specific “autism gene” found, however, research is focusing on investigating potentially inherited irregular segments of genetic code that may have influenced the development of ASD. Other research is investigating whether autism results from certain clusters of irregular genes impeding on brain development. Further, researchers are interested in looking into whether environmental factors such as infection and exposure to certain elements may influence the likelihood for a child to be born with autism spectrum disorder.

It has been noted that individuals with certain medical conditions, such as tuberous sclerosis, congenital rubella syndrome, fragile X syndrome and phenylketonuria tend to be diagnosed with autism spectrum disorder more frequently. Individuals with siblings, or other family members with ASD, or who were born premature may be at higher risk.

How is Autism Spectrum Disorder Diagnosed?

The CDC recommends that specific autism spectrum disorder screening be completed in children around the ages of 18-24 months old. The specific assessment process for ASD may include an evaluation of cognitive abilities, thinking or language skills, and age-appropriate skills for completing daily activities. The psychologists at Shier Private Practice offer comprehensive psychological testing for autism spectrum disorder.

While there is no cure for autism spectrum disorder, there are several approaches that may be used in the treatment of its symptoms and strengthening daily functionality. Some of the most common options for treatment include applied behavioral analysis (ABA), developmental, individual differences, relationship-based approach (DIR), treatment and education of autistic and related communication-handicapped children (TEACCH), occupational therapy, sensory integration therapy, speech therapy and the picture exchange communication system (PECS).

How to Help Your Child Cope with Autism Spectrum Disorder