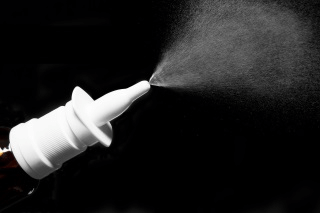 You may have heard in the news recently about the approval of Esketamine, a nasal spray, by the Food and Drug Association (FDA) for use in treatment resistant depression. It has garnered quite a bit of attention because it has a completely new and novel means of treatment of depression and even more so because studies have shown that it can improve depression in just hours. Its mechanism of action is completely different from anything we have seen in the past with traditional antidepressants which is exciting for those people who have tried numerous medications to little or no benefit. It is intended for use in people who have tried at least two antidepressants without resolution of depression i.e. people with treatment resistant depression.

Esketamine has shown in clinical trials to rapidly reduce the symptoms of depression and suicidality for those at imminent risk of attempting suicide. Up to this point in time, traditional prescription antidepressants can take up to 4-6 weeks before they are fully effective. This can be a very dangerous situation for individuals who are high risk for suicide as they sometimes are unable to safely wait for relief from their thoughts of hurting themselves.

Esketamine is a drug that is closely related to ketamine, a common anesthetic which has also been misused recreationally. Because it is closely related to a drug that has been abused, it will be tightly controlled and monitored by the FDA in terms of who and how it can be prescribed. The nasal spray cannot be taken at home and must be given in a doctor’s office. Patients will have to remain at the doctor’s office for 2 hours of monitoring and will be unable to drive to or from the appointment and must sign a waiver indicating that they will not drive or use heavy machinery for the following 24 hours.

Esketamine has a boxed warning regarding possible side effects which include patients being at risk for sedation, dissociation (feeling disconnected from your thoughts, feelings or time). It also includes a warning about abuse and misuse of this medication due to its close relation to Ketamine. And lastly, it has a warning about suicidal thoughts after taking esketamine.

As with anything new, caution is advised even beyond the box warnings. Some experts are skeptical since there is still limited data available on this new medication and because it was approved by the FDA with just one randomized controlled clinical trial rather than their usual bar of two successful trials. That being said, for those with suicidal thoughts who are struggling with treatment resistant depression sometimes waiting for more data to back a medication is a luxury they do not feel they have. It will be up to each individual to decide if they wish to obtain this new form of treatment given the potential risks and benefits they face in taking it.