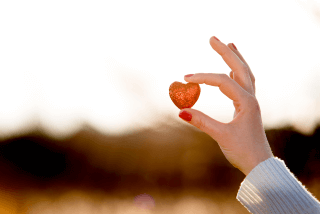 In its most basic sense, self-compassion can be described as remaining compassionate to one’s self during times of perceived inadequacy, general suffering, or failure instead of judging and criticizing one’s self or ignoring one’s pain. Leading experts in the study of self-compassion characterize self-compassion as being comprised of three components: self-kindness, common humanity, and mindfulness.11 Self-compassion entails accepting and appreciating the human condition, which includes, loss, making mistakes, as well as general limitations and shortcomings.

Other studies have questioned the efficacy of self-compassion-based interventions. Individuals who complete such a program demonstrate decreased stress, and increased resilience and positive risk-taking4, as well as improvements in emotional well-being.3 In fact, groups with high self-compassion report greater emotional well-being than those with low self-compassion, as well as lower physiological stress responses.5 For college-aged women those who participated in a brief self-compassion intervention also showed significant increases mindfulness, optimism, and self-efficacy and significant decreases in rumination in comparison to control interventions.15 Some mobile applications rooted in self-compassion have been shown to improve body image13, which could be due, in part, to the mediating role self-compassion has on perfectionism1, making it an effective therapeutic tool for treating disordered eating.

Interestingly, self-compassion may also be useful as an emotional regulation strategy in individuals with major depression disorder7, reducing depressive symptoms.16 Some suggest that these improvements were significantly related to the self-kindness and common humanity pillars of self-compassion8 which buffer against self-coldness present in depressed individuals.9 In sum, although it may be counterintuitive, the evidence discussed suggests that taking an accepting approach to one’s failures and misfortune may motivate them to improve themselves.6 Self-compassion has been supported as a tool one may use on their journey towards self-improvement or one that therapists may teach their clients in order to maximize therapeutic outcomes.

4. Bluth, & Eisenlohr-Moul. (2017). Response to a mindful self-compassion intervention in teens: A within-person association of mindfulness, self-compassion, and emotional well-being outcomes. Journal of Adolescence, 57, 108-118.

10. Macbeth, & Gumley. (2012). Exploring compassion: A meta-analysis of the association between self-compassion and psychopathology. Clinical Psychology Review, 32(6), 545-552.