S-Adenosyl-L-Methionine (SAMe) for Depression: An In-Depth Look at the Evidence 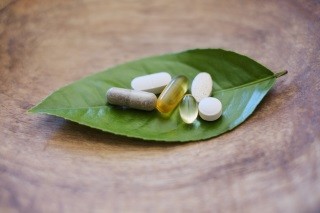 S-adenosylmethionine (SAMe) is a molecule found both naturally occurring in the body and in the form of laboratory-made supplements. Discovered in the 1950s, SAMe is produced from an amino acid called methionine. SAMe plays a role in the immune system, is used in the breakdown of chemicals in the body, as well as the synthesis of proteins, fatty acids, hormones, and nucleic acid, and works with vitamin B12 and Folate. In fact, there seems to be a relationship between vitamin B12/folic acid deficiencies and deficiencies in SAMe. This relationship is interesting considering what we have discussed in previous blogs regarding vitamin B12, Folate and depression, because S-adenosylmethionine has been shown to have antidepressant effects, with the extent of this effect varying in the literature.

While the cause for such a relationship between SAMe and the reduction in depressive symptoms is unclear, some researchers suggest that SAMe may work by increasing serotonin in the brain in the same fashion that antidepressants do. For example, Fava et al., found that SAMe seemed to have a stimulating effect on the dopaminergic system in depressed males.7 So what exactly does the literature say about the effectiveness of SAMe supplementation in depressed individuals?

A majority of the findings regarding the effect of SAMe on depression date back to (or around) the 1990s. Some of the earliest research on SAMe’s antidepressant effect found improvements in depressive symptoms in a majority of subjects within a 4-6 day time frame after supplementing with 45 mg daily.1 Much of the evidence discusses the efficacy of SAMe when compared to control groups and when compared to standard antidepressant treatments. SAMe has been identified as a supplement that may be beneficial for individuals who are not able to tolerate the side effects of tricyclic antidepressants.8 On this note, SAMe also showed to be effective in improving symptoms in depressed patients with existing internal illnesses, measured by scores on Beck’s Depression Inventory.5

SAMe has also had comparable effectiveness to tricyclic antidepressants in some studies, with its benefits in treating depression far-exceeding those of the placebo.3 This finding has been supported both with oral SAMe and SAMe administered intramuscularly.6 When compared specifically to the antidepressant imipramine, S-adenosylmethionine was associated with significant improvements by the second week of treatment, whereas patients taking imipramine took longer to notice improvements in symptoms.2 Finally, Rosenbaum et al., found some positive results in those with treatment-resistant depression and those with non-resistant depression alike.11 The recurring benefits in the literature supporting the use of SAMe for depression are the favorable, mild side effects and rapid effects of the supplement in comparison to standard antidepressant treatment. Both of these should be considered primary strengths of the supplement when considering its alternative and supplemental use.

While the mild side effects of SAMe are one of its marketed characteristics, the supplement is not without faults. One of the frequently cited side effects of SAMe is inducing mania in patients with bipolar disorder. In one clinical trial, 9 of 11 bipolar patients experienced symptoms of hypomania/mania after supplementing with S-adenosylmethionine.4 In another study, gastrointestinal side effects to include stomach discomfort (19% of subjects) and diarrhea (20% of subjects) were found to be associated with SAMe supplementation.9 Further research should investigate potential risks and/or interactions when combining standard antidepressants with S-adenosylmethionine. All of these are considerations that should be made before implementing its use.

It should be noted that, overall, the literature on the topic of SAMe for depression is lacking and as mentioned previously, much of the evidence is dated. Further, most of the current findings come predominantly from studies with small sample sizes, so it is difficult to be sure of a sizeable effect. More large, randomized controlled clinical trials of high methodological quality should be conducted to explore this question. That being said, the existing evidence does suggest some antidepressant characteristics of S-adenosylmethionine. As with other alternative remedies for depressive symptoms, these findings often support the use of SAMe as an adjunct treatment.10 That is, it may be most effective when used with other treatment strategies. S-adenosylmethionine is not considered a first-line treatment for depression, and therefore should not be used in replacement of seeking medical treatment, especially for individuals with severe symptoms of depression and/or suicidal ideation. That SAMe appears to be fast acting and safe is promising for individuals who may be looking to further improvement in their depressive symptoms, however, it is always recommended that those considering supplementation consult with a physician.