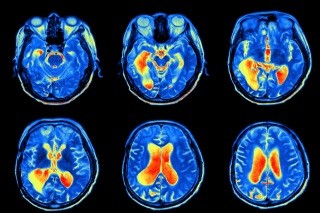 With advancements in technology come advancements in our understanding of mental health conditions, how they occur and how they might be best treated. While it may seem that mental health disorders are not visible to the naked eye, neuroimaging has allowed us to understand how conditions like depression look from a neurological standpoint rather than solely looking at symptomatology. Specifically neuroimaging findings suggest associations with major depressive disorder and brain regions such as the dorsolateral prefrontal cortex (DLPC) and hippocampus among others. Researchers explain these relationships through the use of neuroimaging techniques. Some of the most common include MRI, fMRI, and PET scans.

The dorsolateral prefrontal cortex (DLPFC) is a region of the brain that is located towards the top and to the side of the frontal lobe. The primary functions of the DLPFC include working memory, decision making and executive functioning. Executive functioning includes how we learn, remember, predict/anticipate outcomes, problem solve and moderate our behaviors in our daily lives. It is also known for social cognition. Neuroimaging research has demonstrated a link between the DLPFC and cognitive functions and emotion. For example, in studying patients with brain lesions, Koenigs et. al found that patients with lesions in the bilateral DLPFC had significantly higher instances of depression than individuals with lesions in other areas of the prefrontal cortex.2

Further, through functional magnetic resonance imaging (fMRI), Grimm et al. found that hyperactivity in the right dorsolateral prefrontal cortex was correlated with depression severity, supporting the presence of a relationship between structural issues in this brain region and the presence of depression.1

The hippocampus is located in the brain’s temporal lobe, making up a portion of the limbic system, which is involved in the regulation of emotions. Alone, the hippocampus is known for its three primary functions: memory, spatial navigation and behavioral inhibition. Brain imaging research has explored the link between major depression and the hippocampus. Many researchers have found evidence that major depressive disorder leads to hippocampal atrophy (shrinkage), some suggest the opposite, that hippocampal atrophy leads to depressive symptoms, while others have neglected to find smaller hippocampal volumes in depressed individuals.5

Using three-dimensional brain magnetic resonance imaging (MRI) data, Schmaal et al’s findings support the notion that depressed individuals have a smaller hippocampal regions, and further that there are differences in brain biology of depressed individuals that may lead to increased levels of glucocorticoid.4 These findings are consistent with the neurotrophic hypothesis of depression, explains that the increased vulnerability to neurotoxicity caused by increased levels of glucocorticoid leads to shrinkage in the brain. Sheline et al. (1995) found that reduced hippocampal volumes remained consistent even in individuals with a history of major depressive disorder episodes, but were currently in remission, also finding a correlation between this shrinkage and total duration of depression.6

While the neuroimaging findings discussed here may indicate brain structure correlates to depressive disorders and paint a more vivid picture of why depressive symptoms may be occurring or how depression may affect brain structure, the American Psychiatric Association does not endorse the use of neuroimaging in clinical practice for the diagnosis of depression. Instead, DSM-5 is considered the gold standard for the diagnosis of mental health conditions, based on the existing research. It is interesting, however, to dig deeper into how depression in the brain may look to compliment how it presents through diagnostic criteria.