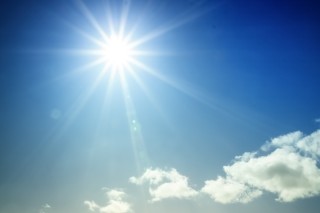 Vitamin D, the sunshine vitamin! The one we all know and love. What many don’t know is that our vitamin D needs cannot be met solely by sunlight, and that its benefits can also be gained from certain foods and dietary supplements. If you are looking to meet these needs through dietary choices, you might increase your intake of wild caught or canned fish, beef, egg yolks, dairy products like milk, cheese and yogurt, orange juice or oatmeal, among other choices. The daily dietary recommendation for vitamin D is 15 mcg, or 600 international units (IU).

So what does vitamin D do?

Vitamin D is responsible for largely responsible for maintaining bone health, growth and remodeling, and is involved in cell growth processes along with immune functioning and reducing inflammation. With this knowledge, we know that a deficiency in the necessary amounts of vitamin D may lead to osteoporosis, and/or brittle bones. But how does a vitamin D deficiency affect our mental health? Most of us have knowledge of claims that sunlight (and vitamin D) makes us happier, so the purpose of this blog is to evaluate these claims with existing evidence.

Evidence certainly suggests a relationship between vitamin D deficiency and depression. Researchers have investigated this relationship in terms of severity of deficiency and effects of the supplementation of vitamin D in reducing depressive symptoms.8 While this phenomenon as a topic research is still relatively new, researchers tend to agree that it is worthy of consideration from a clinical standpoint. Depressed individuals with lifestyles, diets and/or geographical location that are not conducive to obtaining sufficient amounts of vitamin D may be particularly impacted.7 Vitamin D deficiency has been frequently noted in patients hospitalized with depression. Patients with a deficiency scored higher on the HADS-D scale, the BDI-II scale (on cognitive/affective symptoms), and on anhedonia factors than patients with sufficient levels of vitamin D.10

The use of vitamin D supplementation as an alternative treatment has not been as extensively researched as some of the other alternative treatments that we have gone over thus far. That being said, with cooler weather approaching, it is worthwhile to be mindful of depressive symptoms with the changing season. If you feel a significant worsening of mood, motivation, or energy, the evidence discussed here suggests that increasing your daily dose of vitamin D could be helpful.