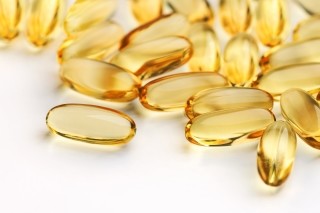 You might feel that everywhere you turn, there is another claim that omega-3 fatty acids are beneficial to your health. But exactly what are they? Omega-3 fatty acids are “long-chain, polyunsaturated fatty acids (PUFA) of plant and marine origin” which the human body is unable to synthesize naturally.4 While omega-3s may be taken in the form of a supplement, they are also found naturally in a variety of foods to include salmon, tuna, grass-fed beef and walnuts. Other popular sources that are rich in omega-3s are flaxseed, canola and hemp oils.

Many clinicians recommend 1000-2000 mg total omega-3 fatty acids daily for maintaining cognitive function, mood and overall optimal health. Due to omega-3’s significant anti-inflammatory properties and effects on brain structure and cellular membranes, Omega-3’s may be used to curb high cholesterol, cancer, blood pressure and/or eczema, among many other conditions. An increase in omega-3 fatty acids may also be recommended for hair/nail growth, weight loss or healthy pregnancy. With such a wide range, it may be difficult to keep track of all that these fatty acids may be used for.

Growing research suggests that omega-3 fatty acids like eicosapentaenoic acid (EPA) and docosahexaenoic acid (DHA) may also be beneficial in preventing and controlling depressive disorders. In fact, some have ventured to suggest that an omega-3 deficiency may be a risk factor for developing depression. So where is the connection? A recent study found that lower levels of omega-3 fatty acids were correlated with higher rates of neuroactive chemicals, which are associated with a handful of disease processes, which are thought to aggravate depressed mood. Further, low levels of DHA specifically may be associated with higher levels of corticotropin-releasing hormones that moderate emotionality. This may lead to hyperactivity in the hypothalamic pituitary adrenal axis and effect that regulation of mood.5

Omega-3 has also been linked with higher levels of grey matter in the brain sectors that are linked to positive emotions. Interestingly, individuals with mild to moderate depression have lower levels of grey matter in these areas.1 While we are unable to infer causation, we this certainly may be relevant in the treatment of depression. In one study, individuals who took omega-3-rich cod liver oil regularly were 30% less likely to experience depressive symptoms; the longer the patients maintained their dosage, the less likely they were to have depression.8 Some research also shows that Western societies, where diets often contain inadequate amounts of omega-3 polyunsaturated fatty acids, are associated with higher rates of depression and other inflammatory disorders.2

Omega-3’s Efficacy As An Alternative Treatment

The research analyzing the efficacy of omega-3’s as an alternative treatment for depression is overall positive. In one study, when compared to patients who did not supplement treatment with omega-3 fatty acids, those who incorporated omega-3’s into treatment plans experienced significant improvements in daily stress, suicidal ideation and and depression.3 Research has shown that only a third to half of patients solely utilizing antidepressants as treatment for depression experience significant results. Some studies suggest that the supplementation of omega-3’s may be effective in reducing symptoms in those with treatment-resistant depression.7

One of the forms of omega-3, eicosapentaenoic acid (EPA), has been the topic of extensive research for its anti-inflammatory properties and efficacy in the treatment of depression. EPA works by reducing levels of inflammatory cytokines by competing with the Arachidonic Acid they are made from. In patients who were receiving antidepressant treatment yet were still depressed, improvements in core depressive symptoms such as depressed mood, worthlessness, insomnia, and feelings of guilt were seen after 8-12 weeks of supplementing with 1000 mg EPA.7 Similar improvements have been shown in as quickly as two weeks when supplementing 2000 mg EPA with existing antidepressant therapy.5

As with other alternative treatment methods, it should be noted that the effectiveness of omega-3’s in reducing depression may depend on overall diet and other environmental factors; results are likely to vary. Increasing omega-3’s may not be beneficial for everyone and, in excess, may worsen some chronic illnesses. While up to 3 grams of omega-3’s are included in daily dietary recommendations, certain fatty acids like cod liver oil, which is high in vitamin A, should not be used to fulfill the entire recommendation. While the research is still emerging on the effectiveness of omega-3 fatty acids in reducing depression specifically, it is safe to say with all of the health benefits omega-3’s come with, the decision to supplement your diet with omega-3’s may be a smart one.