Is There a Link Between Depression and Inflammation? 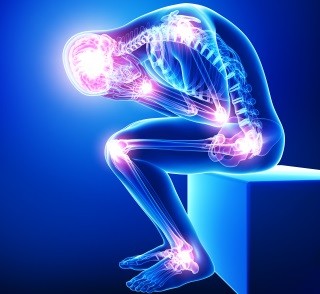 When we hear the term inflammation, we may think of that time we sprained an ankle. Almost immediately, there were signs of swelling, tenderness and discoloration as our body jumped into an inflammatory state. Inflammation is the body’s biological, healing response to injury or irritation.There are typically two types of inflammation that we hear about in our doctor’s offices: acute and chronic. Acute inflammation is likely to occur rapidly and subside after a few days. Through inflammation, the body is essentially protecting sensitive/injured areas, allowing them to heal without interference.

Chronic inflammation, which is ongoing or long-term, becomes a source of concern as it may trigger disease. It might be counterintuitive that a process that helps the body heal can cause major diseases such as coronary heart disease, cancer, or diabetes when it is uncontrolled. When the body detects injury, toxin or irritation, the immune system goes into an emergency state and sends inflammatory cells to respond. With inflammation comes the production of cytokines, proteins that support the healing process and moderate exertion levels. If inflammatory cells remain in the blood vessels for too long it can lead to the buildup of plaque, to which the body sends more inflammatory cells to take care of. As this process continues, arteries can thicken due to excess plaque, making the body more susceptible to some of the diseases mentioned previously.

So How Is This Related to Depression?

Much of the existing research on depression has concluded that differences in brain structure and production of certain neurotransmitters like dopamine and serotonin, which play a role in emotional regulation, are primary influencers of depression. Recently, however, researchers have become more interested in investigating the link between inflammation and depression. Similarities between inflammatory responses to illness and the symptoms of depression may support this interest at surface level. For example, when we are sick with colds, our bodies jump into a short-term inflammatory state to fight off foreign bodies. As a result, we often experience extreme fatigue, trouble sleeping and inattentiveness – all symptoms which are coincidentally common in major depressive disorder.

Similar to the body’s overproduction of inflammatory cells causing major disease, it is thought that inflammation in the brain may lead to depression, due to the immune system sending inflammatory cells in response to distress. Significant evidence has supported that at least some forms of depression may be associated with chronic inflammation. So where is this inflammation coming from? Berk and colleagues (2013) listed several potential sources for neuroinflammation to include stress and trauma, poor dietary habits, sedentary lifestyles, obesity, smoking, atopic disorders, dental/gum diseases, poor sleep habits, and low levels of Vitamin D.¹ Researchers have explored the differences inflammatory biomarkers, brain imaging and cytokine levels of depressed individuals compared to individuals without depression.

Miller and colleagues (2009) manipulated these factors to further investigate the relationship between depression and inflammation. The researchers found that after levels of proinflammatory cytokines were reduced in healthy depressed patients and patients with inflammatory disorders, symptoms of depression improved in both groups.3 Inversely, The evidence for this link was further supported through brain imaging measuring protein density (a signifier of neuroinflammation). When comparing the PET scans of individuals diagnosed with major depressive disorder and non-depressed healthy individuals, levels of protein density were elevated in the prefrontal cortex by 26%, in the anterior cingulate cortex by 32%, and in the insula by 33% in depressed individuals.5

Consistent with the findings discussed, a strong association between inflammation and some forms of depression, may lead to more efficient treatment options for depression in the future. There is consensus among researchers that depression is likely not unrelated to inflammation. That being said, it is important to recognize that although there is a correlation between inflammation and depression, the research does not necessarily imply causation. This is further supported by the fact that not all depressed individuals show signs of neuroinflammation. However, depression treatment, as suggested by several researchers, may move towards ruling out inflammation-induced depression before establishing treatment plans. That is, individuals may be given blood tests to measure levels of inflammatory markers such as CRP.² If high levels of inflammation are present, these patients may benefit from combining anti-inflammatory cytokines or immune modulators and antidepressant medications in treatment.4 Further research will provide additional insights into our understanding of depression and new interventions that may be of greater significance in treatment-resistant depression.

From a prevention standpoint, alternative methods of reducing inflammation may provide some relief. Inflammation can be reduced by minimizing stress, reducing inflammatory foods, exercising, and boosting antioxidants. Of these, arguably one of the easiest changes one can make to reduce inflammation is avoiding pro-inflammatory foods. Pro-inflammatory foods are those which are processed, sugary, starchy, or fatty. Examples of these include fried foods, sweets, processed meats, breads, and potatoes. Pro-inflammatory foods trigger the production of free radicals, which are highly reactive molecules that cause oxidative stress. The body’s natural antioxidants are able to detoxify naturally-occurring free radicals; when we introduce external factors that increase the amount of free-radicals, however, the body is unable to manage their effects. Excess free radicals may cause damage to cells, molecules and proteins, thereby increasing inflammation. To counteract this, our bodies can be supplemented with external antioxidants found in anti-inflammatory foods like fruits, vegetables, organic oils, whole grains, nuts, and seeds. Adding these recommendations to standard treatment plans may improve outcomes, especially in individuals with high levels of inflammatory markers.