Psychologists and psychiatrists at Shier Private Practice in Scottsdale, AZ specializes in the treatment of trichotillomania (hair-pulling disorder). Our private outpatient clinic offers a comprehensive psychiatric/medical assessment and treatment plan. Treatment may include medications, behavioral therapies or a combination of treatments. 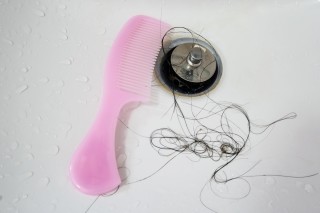 Trichotillomania has a 12 month prevalence of about 1%-2% in the general population. Females are 10 times more frequently affected by trichotillomania than males are. The onset of the disorder is most commonly aligned with the onset of puberty.

What Are the Symptoms of Trichotillomania?

The DSM-5 provides the following criteria for trichotillomania:

What Is the Cause of Trichotillomania?

What Happens with Untreated Trichotillomania?

The usual course of trichotillomania is chronic, with waxing and waning symptoms if left untreated. A worsening in symptoms may be associated with hormonal changes in some females. Hair pulling symptoms may come and go for weeks, months or years at a time. Trichotillomania may cause irreversible damage to hair growth and quality as well as potential, yet infrequent, medical consequences such as digit purpura, musculoskeletal injury, dental damage, and blepharitis. The swallowing of hair sometimes associated with trichotillomania can lead to trichobezoars, abdominal complications, nausea, vomiting, and hematemesis.

How Is Trichotillomania Diagnosed?

Trichotillomania is diagnosed through a thorough biopsychosocial psychiatric evaluation and medical assessment used to rule out other psychological and medical conditions that may present with similar symptomatology.

There are several types of therapy that may be helpful in treating trichotillomania including habit-reversal training, cognitive therapy, and acceptance and commitment therapy. Habit reversal training works provides individuals with the resources to recognize situations that they might participate in hair pulling behaviors and substitute hair pulling with other behaviors. Cognitive therapy may be used to identify and change distorted beliefs associated with hair pulling. Finally, acceptance and commitment therapy can help individuals learn to accept hair-pulling urges and refrain from acting on them.