Dr. Jack Shier, Psychiatrist in Scottsdale, AZ specializes in the treatment of video game addiction. Our private outpatient clinic offers a comprehensive psychiatric/medical assessment and treatment plan. Treatment may include medications, behavioral therapies or a combination of treatments. 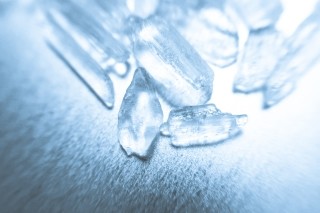 Methamphetamine is a highly addictive stimulant that originates from its parent drug, amphetamine. Methamphetamine takes several forms, but its most common street form is a white crystalline substance (crystal methamphetamine) which may be taken by snorting, smoking or injecting. It may also, however, come as a white, bitter-tasting powder or a pill. Methamphetamine differs from its parent drug in that greater amounts of the substance enter the brain, making it more potent. It also has longer-lasting and more harmful effects on the nervous system.
The 12-month prevalence of amphetamine-type stimulant use disorder is .2% across individuals 12 years of age and older, with the greatest prevalence in 18-29-year-olds.

What is Methamphetamine used for?

Classified as a Schedule II stimulant, Methamphetamine was first developed in the early 20th century to be used in nasal decongestants and inhalers. Currently, however, methamphetamine is most commonly used recreationally and in its illegal form.

What are the Effects of Methamphetamine?

When methamphetamine is smoked or injected, the drug enters the bloodstream quickly and causes an intense and pleasurable “rush” or “flash”. Similar to how these effects occur so rapidly, they also disappear relatively quickly as well. For this reason, users are inclined to maintain their high by taking more of the drug, leading to a cycle of binging and crashing.

What are the Long-Term Effects of Methamphetamine Use?

Several of the long-term effects of methamphetamine are caused by the method it is used. For example, Those who smoke the substance might experience respiratory problems to include coughing, pneumonitis or bronchitis. Users who snort the substance may develop irritation or bleeding of the nasal mucosa, a perforated nasal septum and/or sinusitis. Those who inject the substance into their forearms have a heightened risk of contracting HIV, hepatitis and tuberculosis. Methamphetamine users may also be more at risk for cardiovascular problems like palpitations, heart attack and arrhythmias, stroke, seizures, and pneumothorax. Severe oral health effects of methamphetamine may include tooth decay, mouth sores, and “meth mouth” with gum disease. As previously mentioned, methamphetamine is also associated with a suppressed appetite, which often leads to weight loss in chronic users of the substance.

Arguably the most recognized effects of methamphetamine are the mental health symptoms that come with its use. Meth abusers may experience anxiety, confusion, violent behavior, insomnia, mood disturbances, and memory loss. Individuals may also demonstrate deficits in focus and/or motor skills. Some of the more psychotic features associated with methamphetamine use include hallucinations and delusions as well as paranoia. A common delusion in meth users is the sensation of insects crawling under their skin.

What is a Stimulant Use Disorder?

A pattern of amphetamine-type substance, cocaine, or other stimulant use leading to clinically significant impairment or distress, as manifested by at least two of the following, occurring within a 12-month period:

What Causes Methamphetamine Use Disorder/Addiction?

What are the Symptoms of Methamphetamine Withdrawal?

After long-term meth use, the brain adapts to the influx in neurochemicals like dopamine caused by its use and adjusts to functioning with these chemicals present. Symptoms of withdrawal from begin around 24 hours after the user’s last dose. The first symptom that might appear is extreme fatigue, followed by depressive indications. Individuals may also experience hallucinations, paranoia, insomnia/ hypersomnia, as well as anhedonia (difficulty experiencing pleasure). The user may feel inclined to use methamphetamine again to relieve symptoms like these.

The physical symptoms of methamphetamine are considered relatively minor when compared to withdrawal symptoms of other serious drugs. The primary physical symptoms include lethargy and headache. Once off meth, some might gain significant amounts of weight or spend a lot of time sleeping, as these two processes are suppressed during meth use.

What is the Treatment for Methamphetamine Addiction/Use Disorder?

Treatment for methamphetamine use disorder may include cognitive behavioral therapy, contingency management therapy, support groups, 12-step programs and therapeutic communities. There are not currently any FDA approved medications to treat methamphetamine addiction.