Dr. Jack Shier, Psychiatrist in Scottsdale, AZ specializes in the treatment of cocaine addiction. Our private outpatient clinic offers a comprehensive psychiatric/medical assessment and treatment plan. Treatment may include medications, behavioral therapies or a combination of treatments. 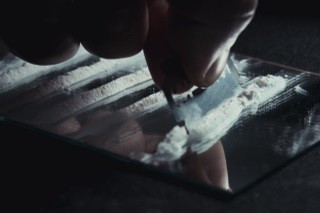 Cocaine is a stimulant derived from leaves on the South American coca plant; it is widely known for its addictive properties. Cocaine can be snorted, rubbed into gums, injected or smoked. In its most common street form, cocaine is a fine, white powder.

What is Cocaine Used For?

Cocaine is an illegal substance most often used recreationally. Historically, however, it has been used by healthcare providers for valid medical reasons such as anesthesia.

What are the Effects of Cocaine?

The effects of cocaine, which generally appear immediately and take minutes to an hour to disappear, may include dilated pupils, nausea, increased heart rate, body temperature, increased blood pressure, constricted blood vessels and/or tremors. Individuals may experience extreme energy, irritability, hypersensitivity of the senses, and paranoia. Some individuals report heightened performance and concentration on mental and physical tasks after using cocaine, while others report deficiencies. When used in large amounts, violent or bizarre behavior is possible.  The intensity and immediacy of these effects depend on the method of use; the injection or inhalation of cocaine are associated with stronger, more immediate effects, however, these effects subside quicker than when cocaine is snorted. The duration of the high may range anywhere from 5-30 minutes.

What are the Long-Term Effects of Cocaine Use?

Many of the long-term effects of cocaine stem from the method it is used. For example, the act of snorting cocaine has been linked to loss of smell, problems swallowing, and nosebleeds. When ingested by mouth, cocaine use may lead to bowel decay due to reduction in blood flow. Needle injection puts a user at higher risk for bloodborne diseases such as HIV and hepatitis C. Some suggest that long-term cocaine use may also be associated with movement disorders, psychological disturbances such as hallucinations (even after the cessation of use), significant weight loss, jitters, and rapid speech.

What Causes Cocaine Use Disorder/Addiction?

As with any substance use disorder, there are genetic and environmental factors that influence the development of a cocaine use disorder. At a cellular level, cocaine works by increasing dopamine in areas of the reward center brain that control pleasure and movement. In the normal brain, dopamine produced is recycled back to the cell it was released from, preventing build up, however, cocaine interferes with this process. The disruption in brain communication caused by excessive dopamine this build up is what causes the high. Further, the increased stimulation to the reward center of the brain influences an intense rush of chemicals. In order to achieve these effects consistently, a cocaine user will often need to continuously increase their frequency and/or amount of the substance used. Some individuals with naturally higher levels of dopamine production may receive greater pleasure from using cocaine and therefore more susceptible to developing a cocaine use disorder.

What is a Stimulant Use Disorder?

A pattern of amphetamine-type substance, cocaine, or other stimulant use leading to clinically significant impairment or distress, as manifested by at least two of the following, occurring within a 12-month period:

What Are The Symptoms of Cocaine Withdrawal?

After long-term cocaine use, the brain is likely to adapt to the increase in chemicals brought on by its use. Withdrawal is most commonly characterized by intense craving or desire to use a substance shortly following the cessation of use; this may lead to the use of the substance or similar substances in strong or frequent doses to decrease negative symptoms. Cocaine withdrawal differs from alcohol or heroin withdrawal in that there fewer physical symptoms. Instead, individuals most commonly experience depressed mood, malaise, tiredness, unpleasant dreams or trouble sleeping, paranoia and/or agitation.

What is the Treatment for Cocaine Addiction/Use Disorder?

Treatment for cocaine use disorder may include cognitive behavioral therapy, behavioral therapy, motivational or rewards therapy, support groups and 12-step programs and therapeutic communities. There are not currently any FDA approved medications to treat cocaine addiction, however, several are being tested.